If you visited a rented stall in a shoe store in Samara in 1996, you’d be forgiven for doubting this was the beginning of a national chain of hardware stores competing with the likes of OBI and Leroy Merlin. Dmitry Nikonov joins us to tell about how the internet can help build a brand from scratch.

— Tell us, how did your business get started?

It all began in 1996 with a mini hardware department in the store room of a shoe store in Samara: we sold electric tools, milling cutters, and replacement parts. We opened our first store a few years later, then still under the “Enthusiast” brand name, and added compressors and welding supplies to our product range. In 1999, we opened another branch in a well-placed location in a large shopping center. Since 2002, we’ve opened another three stores in Samara and two in Tolyatti. We haven’t had the results we’d hoped for in all our projects, but as of early 2005, our stores in Samara have been doing great.

Our sales were increasing, so we decided to open our own warehouse in Samara, the largest in the area at the time. Then at the end of 2006 we opened one of the largest hardware centers in Russia, more than 1000 square meters in size. After opening more branches in Ufa, Kazan, Orenburg, and Ulyanovsk in 2009, we entered the Moscow market with our online store “Kuvalda.ru” and its own warehouse. We chose the store name because of a domain name we’d bought much earlier, in the early 2000s. The name is easy to remember and connected to tools. (Editor: The name “Kuvalda” means “sledgehammer” in Russian.) 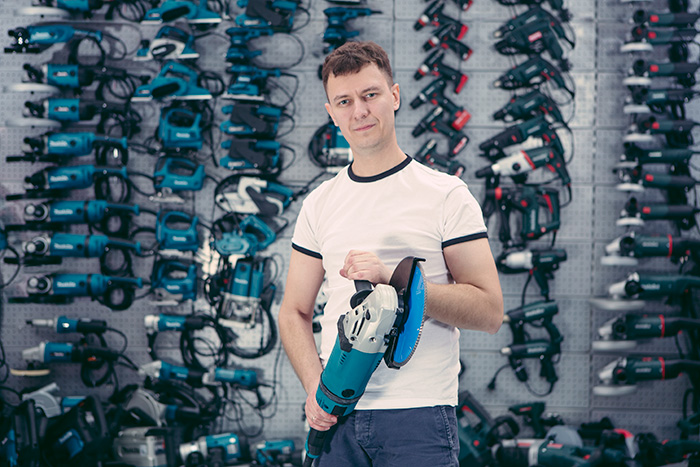 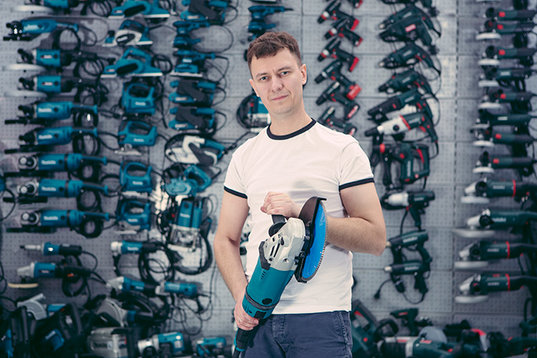 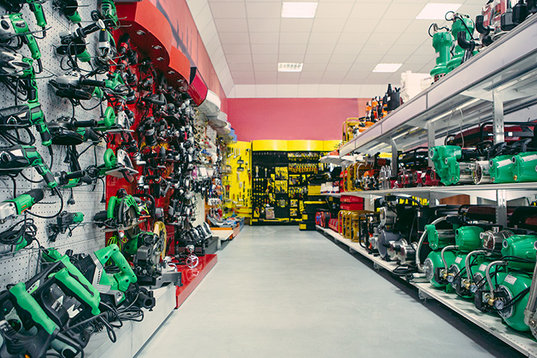 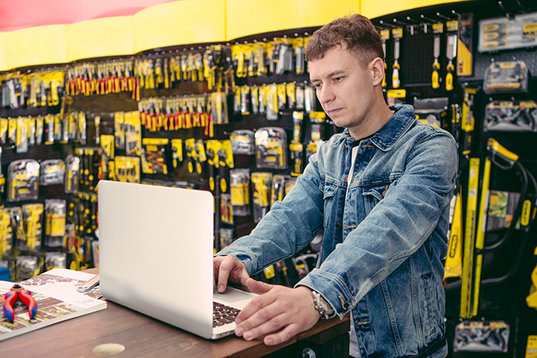 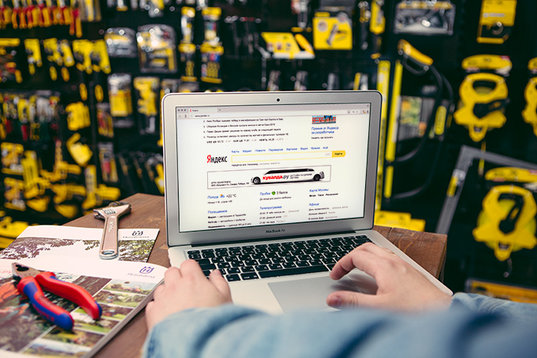 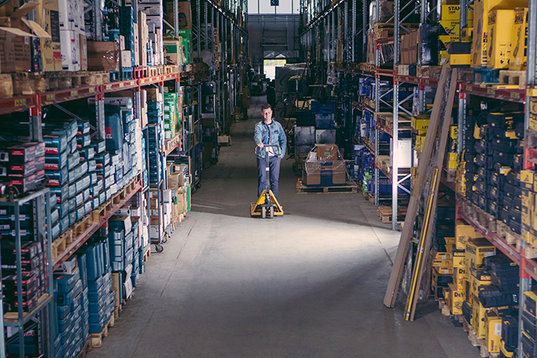 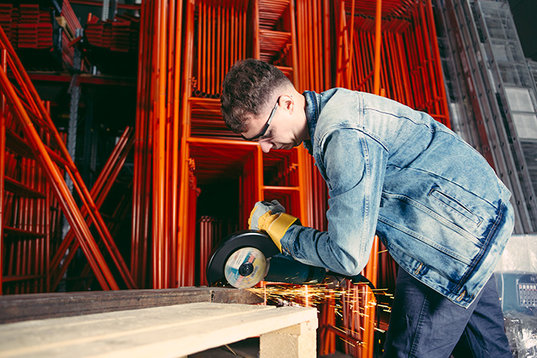 — What was the competition like then compared to now?

Each city had a serious competitor we had to deal with. After the big international chains (Leroy Merlin, OBI, etc.) entered the market along with specialized Russian online stores (like 220 Volt), smaller local players became less of a concern. We were able maintain out place in the market and become a serious player on a national level thanks to our timely expansion. As of now, our company is working successfully in 15 Russian regions.

— At which point did you come online? When did you start online promotion?

We actively began in 2009 when we opened our first branch in Moscow. Of course, we’d had a site before then, but it was at that time that we started getting serious. At that moment orders via internet were mainly coming from Moscow, so opening a branch in Moscow was a good decision. Online advertising is now one of our main channels of customer engagement.

— Which tools do you use?

We try to use all options available to us, we serve display ads and contextual ads, we mix. Yandex products make up the lion’s share. For example, when using Yandex.Market and Yandex.Direct to generate sales, we only advertise high priority brands that are in stock. We regularly serve banners on the Home page take care of our brand recognition, where we promote special and seasonal offers. It’s partially a result of our positive experience placing on the Yandex Home page that we decided to rebrand our entire company.

In RTB banners we try to experiment with our audience, but here as well it’s really important to make people unique offers.

— You started placements on Yandex.Market in 2010, and began serving ads a few years later — why is that? How do these tools differ in your experience?

For us, Yandex.Market is first and foremost a tool for managing our reputation, as the store rating and feedback from real customers tell the real story about the quality of our work. We began using Yandex.Direct in 2012 when the take became about winning first place among hardware and equipment sellers. We use Yandex.Direct mainly for expensive, high-margin products with high competition.

Mixing these channels is important. There isn’t just one kind of online customer. Many begin their search in Search, and complete their purchase in Yandex.Market. Others head to Yandex.Market immediately and make purchases very quickly. A third group is made up of users who start on Yandex.Market, go to Search for more information, and then finish their purchases in Yandex.Direct. And the fourth group, the “hot” ones, only use Search, and as a result are only accessible by way of Yandex.Direct. As a store we have to consider and prepare for all of these scenarios.

— Is there a high season in your business? Does this affect your advertising?

Of course there are seasonal groups: lawn mowers, snowblowers, heating equipment. These product as a rule involve spontaneous spikes in sales — the first snowfall of the year, or the first green lawns appearing in spring — so the most important thing is to be ready and have stock in the warehouse. We don’t do special ad campaigns during the high season, we promote them all year rather, and keep track of the balance between seasonal and non-seasonal products.

— What important lessons have you learned about your online audience?

Our audience is noticeably less “internet-savvy” than other online customers. As of today, we still get 50% of our orders by phone, and even a few years ago only 30% of our customers used the order form on our site. Our customers are people who literally work with their hands, and not all of them have smartphones. They prefer regular phones. But the situation slowly changing.

— Tell us more about the work on your site. How did you start? How do you rate its effectiveness? Which indicators do you track?

We pay a lot of attention to our site’s performance so that people will keep coming back not just to place orders but also for information as well. We have high site traffic and a huge product range, so filters are extremely important to optimize the site’s usability and ensure that the product range doesn’t negatively affect its performance.

Additionally, the order form is an important step toward online conversions. We continuously try to perfect it based on customer feedback and statistics. We use Webvisor in Yandex.Metrica, for example, to study customer interaction with the newly-designed product page we introduced a little over a year ago. Our order process is now made up of 5 steps. The customer gives their contact details, chooses a delivery address, followed the form of payment, confirms the order and is redirected to the “Your order is complete” page.

Using Webvisor, we analyzed the entire purchase funnel and made the decision to have customers enter their contact details as part of the first step.

This has significantly simplified the process of working with incomplete orders — now, if a customer doesn’t complete an order, we can call them and find out what went wrong.

— How has the economic situation affected your development strategy?

The economic situation has forced us to set new priorities. People are using the internet more and more to find better offers, so business in general has to face up to the new rules of the internet. Customers want to view a product online and then buy it in a retail shop for the same price they saw on the site. The stereotype about lower prices online no longer applies.

— How about some advice for new businesses trying to find the right approach to their audience that maybe isn’t completely “internet-savvy” yet?

The concept “good price + availability + good service” applies quite well. I can give an example about card payments. We used to send a lot of prepaid order to the regions. Previously, a client had to print the invoice, go to the bank, and pay commission on the transfer. Not too convenient. And now, it’s simple: add a product to the cart, pay, and the product's on its way the following day. Prepayment for products currently out of stock is also easier — just two clicks — whereas clients had to come to us or stop by the bank before.

As soon as we introduced card payments, purchases from all regions increased by 30-40%.

Try to provide the best service on the market: quick delivery, good responses to complaints, informed staff. Overall, you’ve got to be as convenient as possible for your clients.

Begin your own story with Yandex

Advertise your products and services on Yandex.Search and the Yandex Advertising Network.
Begin