Site:
www.wargaming.net
Using Direct:
since 2010
In business for:
17 years
Wargaming is a major publisher and developer of multiplayer online games from Belarus which created the world famous World of Tanks game. Andrey Yarantsev, the company’s vice-president, tells us how the first student experiments in game development lead to breaking into the international market and how Yandex.Direct helps attract new players today.

— What did Wargaming start with?

— With no plans, strategies or money! At first, it was just a big hobby – a passion for games. In the mid-nineties, the word "gamer" sounded exotically alluring for people in the CIS countries, but good game developers were really few and far between. So, some students from the Physics and Mathematics Department of Belarus State University decided to create their own game. The first project was done as a trial, with great excitement. They spent sleepless nights working on the turn-based strategy Iron Age. The project was an unexpected success and was popular among fellow students as well as outside the university. This strengthened their confidence in their own abilities.

Three years later, they decided to work on commercial projects. This is how Wargaming started. We continued developing turn-based strategies. The first bit of money came from the DBA Online game. Then came Massive Assault, which got people from all over the world talking about our developers for the first time. And most of the talk was praise!

— How did the idea of "Tanks" come about?

— Ten years later, online games started to take over from games on disks, so we began thinking about developing a network game. Fantasy, elves, and orcs were extremely popular back then – but we didn't want to make just another clone. So we decided to do a game about tanks, the Second World War! It took just over a year from the beginning of development until the game was released, and it took another five years to get 100 million registrations from all over the world.

— So did you take a risk and go against the flow?

— We did not get any support from the games industry. We were told: "The game will not take off because no one will relate to a tank". But then the time came for a closed beta testing and... forty-thousand gamers crashed the servers! The team was not prepared for that. They had to buy new equipment and rent extra space in data centers so that everything could run smoothly.

That was January 2010. The first World of Tanks tournament took place very soon after, in May of the same year. We didn't have a big budget then, so we struggled through as best we could. For example, we gave canisters of hard liquor as prizes. Sergey Burkatovsky, our general producer, drove all round Moscow in his Moskvich searching for suitable containers. By the way, one of the canisters was returned to Wargaming and the winner became our employee.

On the day the advertising campaign was launched, the number of new registrations shot up by 15%

— Did you aim at foreign markets from the start?

— Aiming at both the West and CIS countries would have been very risky. So, to start with, we decided to develop the more friendly and familiar Russian language region. But after seeing the success of the closed beta, we knew that we had to release it in the West. With that in mind, we understood that the strategy that worked successfully in the CIS might not work abroad. We had to study different legal peculiarities as well as the cultural specifics, mentality and personal preferences of gamers.

China, for example, is a very complicated market and it is not easy to support the game there on our own, it is easier to work with a local publisher. We also used an intermediary to enter the South-East Asian market, but just a year later, we opened representative offices in Seoul and Singapore. The US market is congested with advertising, and things are not that simple in Europe either. People in Poland, France, or Britain react differently to different things. As a result, we developed an individual promotion plan for each region. Today, Wargaming has 16 offices all over the world and each representative office is responsible for its region. 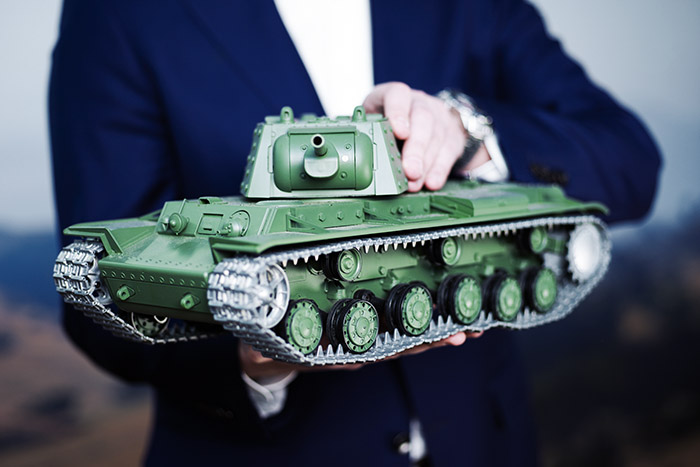 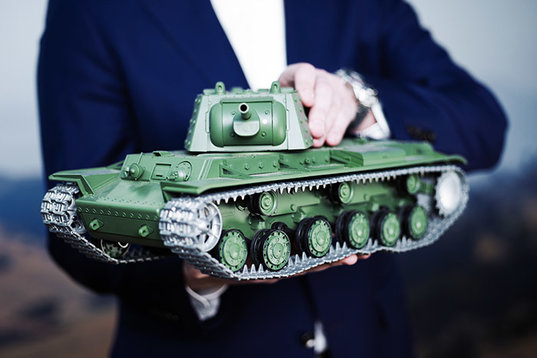 — How did you attract the first gamers in Russian-speaking countries?

— The first "tankers" heard about us from reviews in gaming mass media. Then we put into operation the whole range of advertising tools: TV, social networks, media, contextual advertising, web advertising and e-mail marketing.

In 2013, TV advertising became significantly more expensive and we cut our spending on it. Our main item of expense used to be TV, now we spend equal amounts on TV and web advertising – they both get 30% of the overall marketing budget.

— What search terms do people use to find you in Yandex?

— We have a large team working on SEO. Our keywords are well optimized and we always come at the top of the search results page. A lot of tools are used. We actively use the webmaster, create conversion headings and descriptions of pages, and familiarize ourselves with micro markdown.

All queries undergo complete SEO-cycle: they are collected, analyzed, and distributed by pages. We provisionally divide them into three groups: brand queries, in-game, and near-game queries. The first group contains everything that refers to mentions of the game. In-game queries refer directly to the content. For example [global map] is a purely "Tank" term. Near-game queries are, for example, [first-person shooters for boys] or [online game]. They are used by newcomers.

We provoke people with advertising texts, we challenge them: "Soldier, the battle will not wait. Download and onward to victory"

— Are there any unusual search queries that brought gamers to you?

— There are, of course some amusing searches. This is either due to poor language skills or a specific sense of humor, but we are often searched for as [ворлд оф танкус], [вортоф тенкс], [ворон оф танк], [ворк танкс], or [вор фо танк] (unusual Russian transliterations of the words “World of Tanks”) and all these strange versions take the person to the right place.

— At what stage did you start using Direct?

— We came to Direct as soon as we launched "Tanks". Our task then was the same as it is now – to increase traffic and the number of gamers.

On the day the advertising campaign launched in Direct, the number of new registrations shot up by 15% and the first week resulted in tens of thousands of new users. 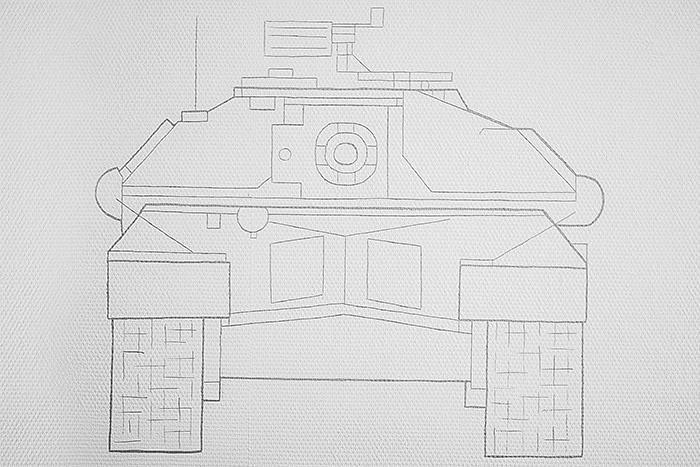 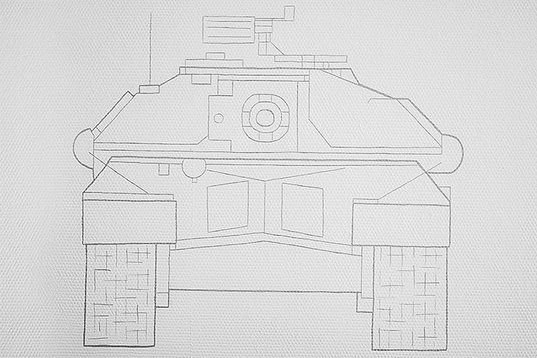 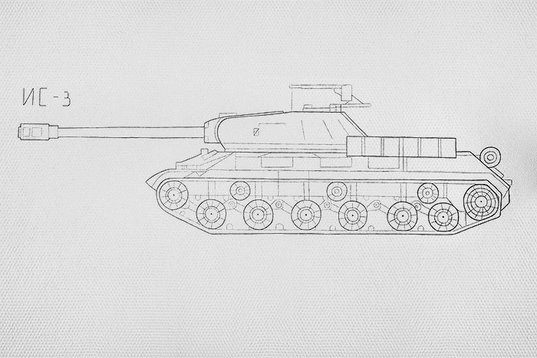 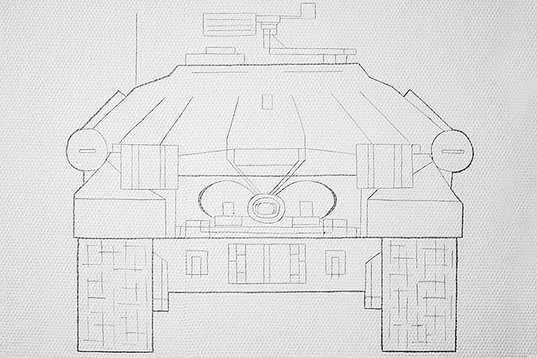 — That's an excellent result. What did the placement start with?

— We did not re-invent the wheel. We created individual campaigns for different locations, as well as separate campaigns for search and Yandex network sites. There were also retargeting campaigns with a simple condition: to return to the website those who have taken interest in the project but have not become a gamer yet.

We enabled brand queries at once. These are interesting, because most users refer to us as just "Tanks". This is the only way we are referred to on the Internet. So, among the first keywords we had were [Tanks Play], [Online war games], [Play Tanks], [War Games], [Tank games].

The first ad was unsophisticated. Something like: "The famous free tank game - World of Tanks! Join the Battle!". Later, of course, we became more sophisticated. In general, we experiment with texts a lot.

— What was the most unusual "Tanks" ad?

— One day our marketing managers, inspired by the movie "Lock, Stock and Two Smoking Barrels", came up with "Maps, Tanks, Two Teams. All free. Play". Sometimes we experiment with the slogan: "World of Tanks. Play free. The team needs a hero", "Steel legends rush into combat. Attack the enemy!". Generally, a direct appeal works well. We challenge and provoke: "Soldier, the battle will not wait. Download and onward to victory"
It is important to us how much each new registration costs

— What Direct settings and tools do you use?

— We enhance effectiveness by using automatic tools: additional relevant keywords and setting the "Average Conversion Price". We switched to it for practical reasons – it is easier to calculate the approximate cost of one registration.

It sometimes happens that a tool that was used just once a year can save a whole campaign with just one click. For example, we often have to quickly amend a great number of ads. Direct Commander helps with this. If it is urgent, then Direct Commander is the only tool to use. 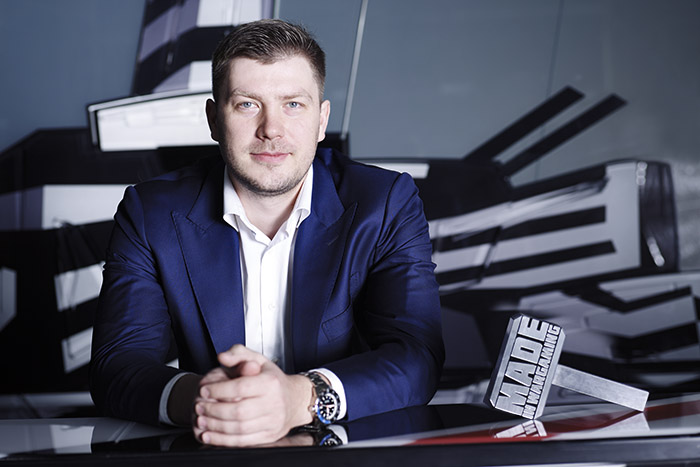 — What indicators do you keep track of? How do you analyze advertising effectiveness?

— First, we look at registrations: the number of registrations and the cost of each of them. Of course, we keep track of click cost and CTR to understand which settings and materials work better. However, it is in terms of conversions that we evaluate campaign results.

— What advice would you give to new businesses?

— One of my favorite quotations is from Michelangelo: "Trifles make perfection, and perfection is no trifle". Therefore, when you are designing ads for your business and thinking about where and when you will place them, do not forget about the importance of a hundred different trifles.
Interview:
Anastasia Krasnoselskaya, Maxim Gudkov
Photos:
Natali Lu

Begin your own story with Yandex

Advertise your products and services on Yandex.Search and the Yandex Advertising Network.
Begin