Yandex Music has released The Sound of Stars, a playlist of audio compositions created to celebrate the 60th anniversary of the first human flight into space.

The playlist’s ten tracks were created using physical properties of stars, pulsars and galaxies converted by algorithms into music. The audio journey across the universe begins from the Sun and ends 53.5 million light-years away from the Earth – in the supermassive black hole at the center of the galaxy M87. Each track in the playlist is dedicated to a specific astronomical object and uses its physical characteristics. The playlist also features commentaries by scientists and short looped videos representing the ‘heroes’ of each track. 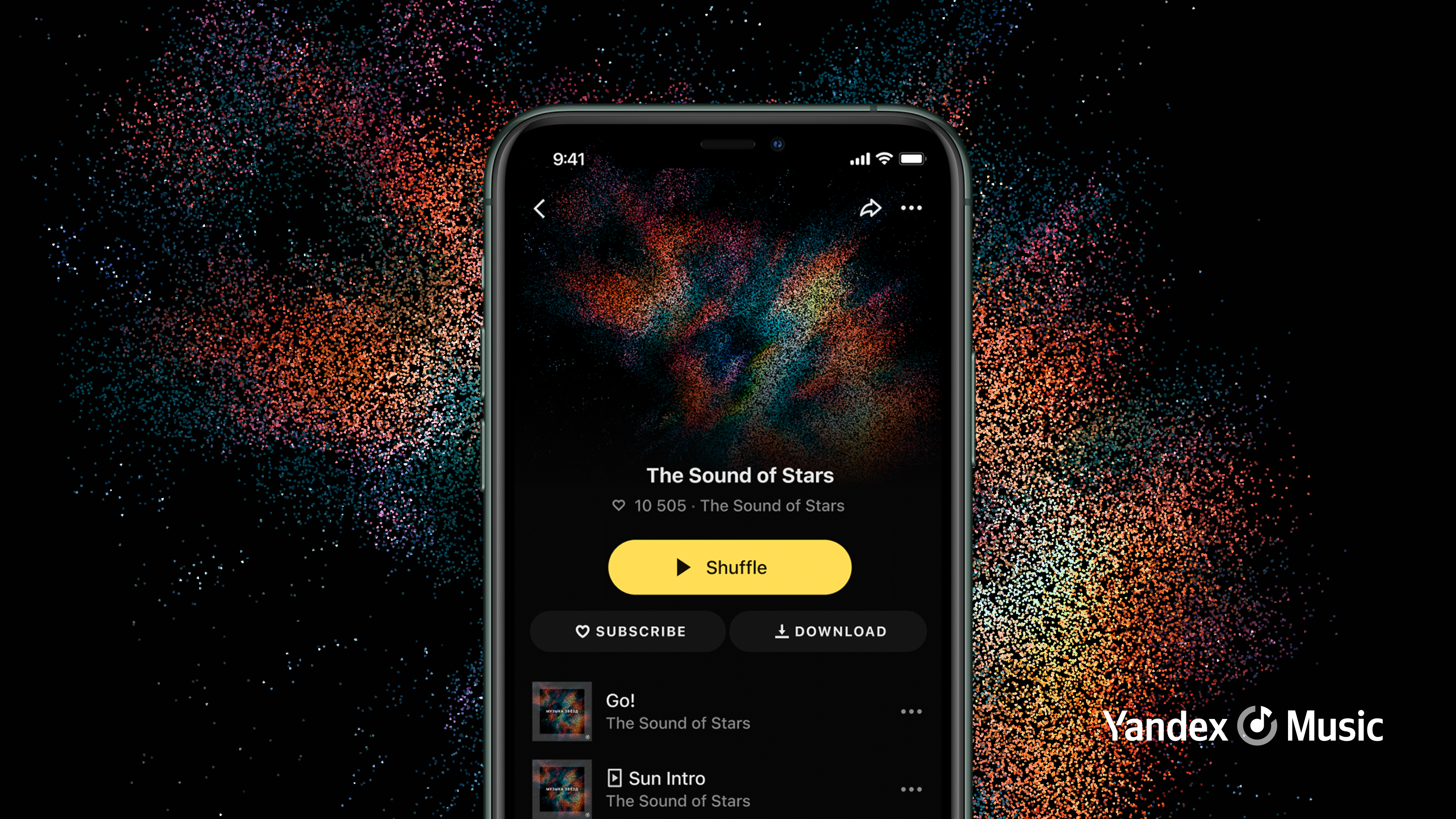 “We know from watching sci-fi films that sounds of space are either menacing and disturbing, or it’s ambient abstract music. But the truth is, no one knows what space really sounds like. Or rather, what it would sound like if sound could travel through space. The music that is normally associated with space is just someone's fantasy. So, we thought, why not try and apply technology to our own fantasy? What we got in the end is the new sound of space, which can take our users on a cosmic journey of their own,” says Andrey Gevak, head of Yandex Music.

We used sonification methods to turn specific astrophysical parameters, such as brightness or motion of a celestial body, into sound properties, such as frequency or amplitude. Then numeric values of each parameter were converted into corresponding musical notes. A professional musician then selected harmonic movements, instruments and sound effects to finally create the ten celestial tracks in The Sounds of Stars playlist.

The melody of ‘Sun’, for example, is based on the frequency of solar flares over the past 60 years. ‘Eclipsing Star’ is a waltz, where two melodies revolve around each other, just like the two parts of the double star Beta Lyra. ‘Galaxy’ is the actual photo of the galaxy NGC 2442 in the Flying Fish constellation converted into data and fed into a spectral acoustic synthesizer. The new Yandex Music collection also has a bonus track with musicians, programmers, astronomers, and other experts discussing the connection between technology and creativity.

The Sound of Stars was created by the Yandex Music team together with professional astrophysicists. Astronomical data for the tracks was provided by the RadioAstron Project, the Astro Space Center at the Lebedev Physical Institute of the Russian Academy of Sciences, the American Association of Variable Star Observers (AAVSO), the Space Weather Forecasting Center (SWPC), and NASA.

The Sound of Stars isn’t the first experimental creation that uses Yandex technologies. Yandex Music released its parametric debut album, Nonhuman Music, in 2019. It included compositions created by human musicians together with a neural network. In 2016, Yandex made the album Neural Defense inspired by the work of Yegor Letov with lyrics also written by a neural network.

Listen to The Sound of Stars now on Yandex Music.