On August 28, 2018, Yandex.Taxi unveiled Europe's first autonomous ride-hailing service in the tech hub of Innopolis, Russia. Today we are excited to announce that, in just two months, our self-driving cars in Innopolis have completed 1,000 autonomous rides with passengers!

We are pleased to have users in Innopolis trying out our self-driving technology and playing a crucial role in our journey to perfect our autonomous ride-hailing service.  On an average day, our self-driving service in Innopolis makes about 20 trips and the average duration of each trip is 10 minutes. The cars provide rides to participating residents of Innopolis with a safety engineer in the front passenger seat. 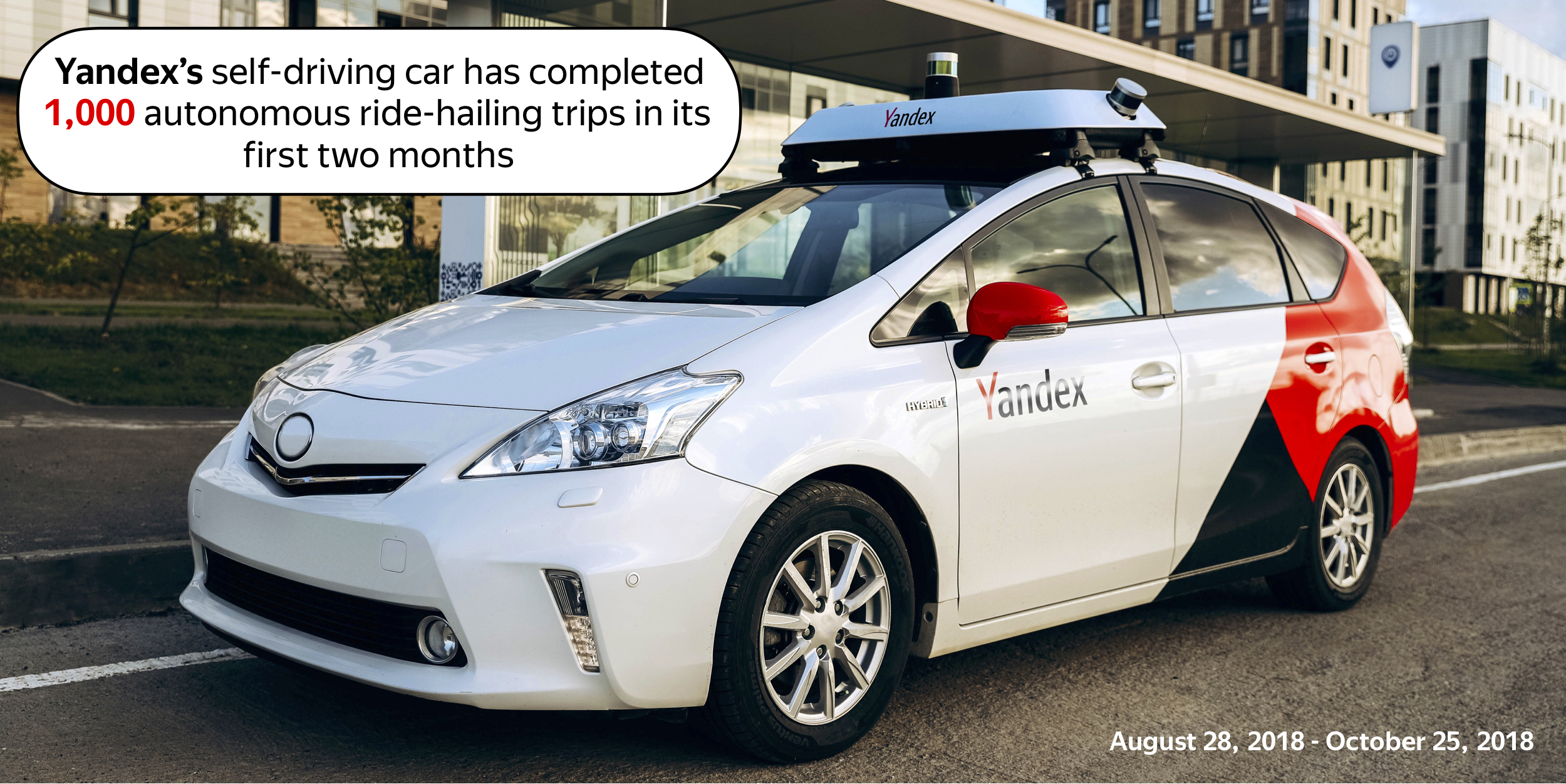 The public debut of Yandex’s autonomous ride-hailing service has enabled our team to refine the service with rider feedback.  In honor of reaching the milestone, we wanted to share impressions from a few of our riders about their commutes in Innopolis.

“The first time I took an autonomous ride, it was very exciting but a little nerve-wracking. Yet by now I've made about 10 trips.  Now the feeling of an autonomous trip is the same as a regular taxi.” says Adil Amirov, a student who often uses the service to go to the grocery store when the weather is bad. “The only difference between a self-driving car and a car with a driver is the speed. The self-driving car does not exceed the speed limit - probably for safety purposes.”

Software developer Alexey Bandura told our team that his first trip was to get bread at the store.  In reflecting on his first trip, Alexey told us, “The trip went well, though it was unusual to see that there wasn’t a driver. I wasn’t afraid of anything because the safety engineer was also in the car.” Alexey now takes the self-driving car once or twice a day to run errands and says it saves him time.

One student, Denis Chernikov, told our team that he makes plans with friends to ride in the self-driving car. “We meet and go together to one of the pick-up locations. So I have ridden in the self-driving car more than 10 times.”  Denis also notes that “it’s very impressive that a machine comes so quickly and manages all the driving maneuvers itself.  It’s almost like a perfect driver is behind the wheel.”

“I ride in the self-driving car once a week - to the medical center or the store, and occasionally to the technology park to pick up mail,” says student Pavel Nikulin.  “I haven’t experienced any dangerous situations on the road but there was one funny scenario.  Once the self-driving car couldn’t park, because the other cars had parked illegally and the car couldn’t find a spot to park.”  Pavel says the self-driving experience is normal for him now and he would feel safe without a safety engineer in the car.

We look forward to providing more autonomous rides to passengers and are thankful to everyone who has taken part in this experience so far!