In 2016, the Yandex panoramic maps team undertook a major project with Toyota of Russia to create the world’s first ever panoramic climb up Mt. Everest to enable users to experience one of the world’s most challenging climbs and highest peak through a life-like experience. After two attempts at capturing images and a few years of physical and technical work, the team launched the Yandex Everest page, where people can experience the same climb mountaineers made from every existing Everest base camp.  The panoramic climb offers viewers an interactive movie-like experience up to the peak with commentary on the history and facts on Everest.

Our team committed to this project with a mission to expand users’ horizons by taking them on a journey most will never experience.  In attempts to reach their mission, our team members became an important part of the modern history of Mt.Everest.  In their first efforts to capture images from the summit, the team experienced and survived the 2015 earthquake in Nepal, later returning in 2016 even more inspired to make the climb and create the first panoramic trek up Everest. 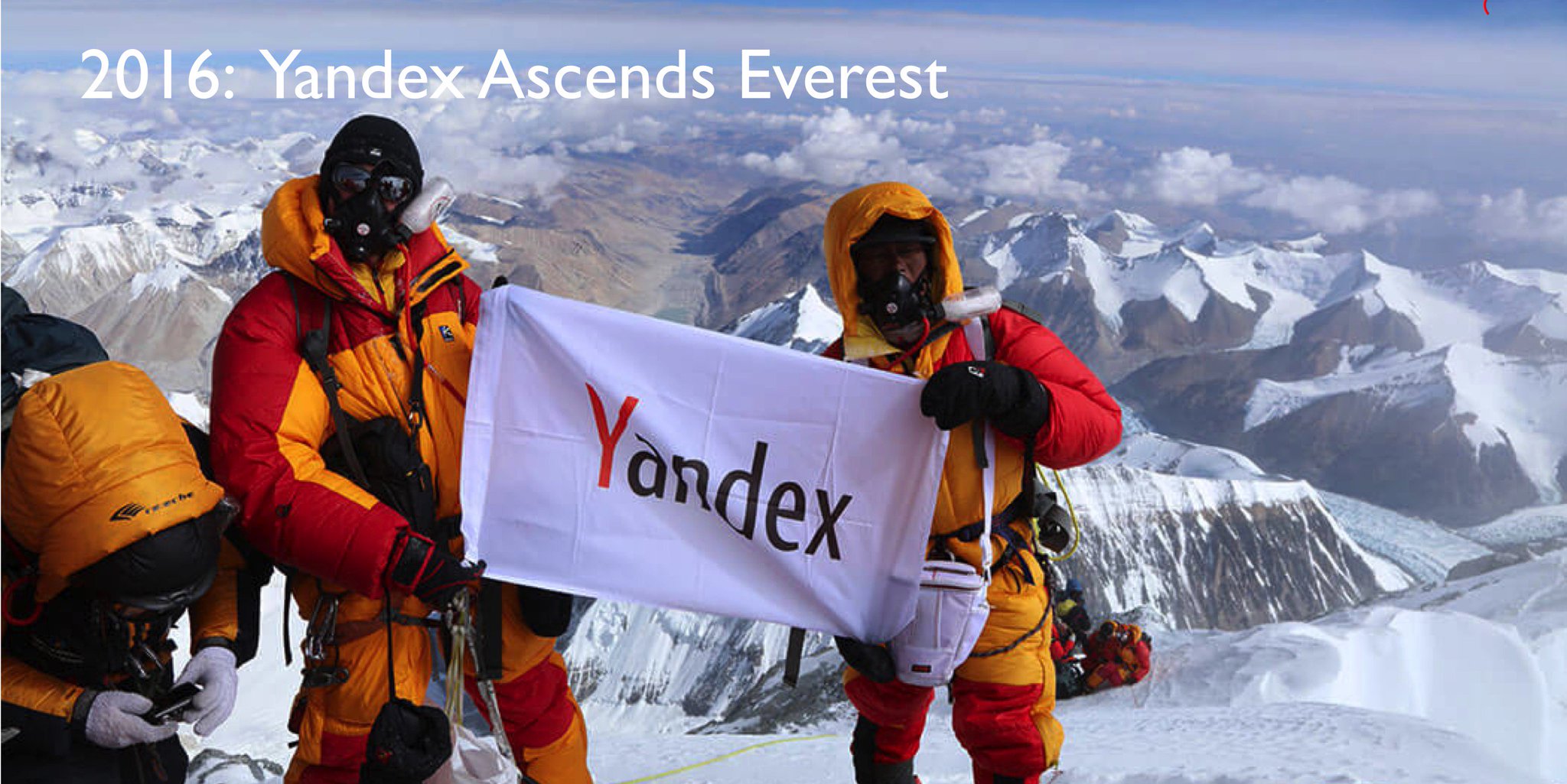 We are proud to have achieved our mission and to have received such incredible feedback not only from users but also the design and Internet community.  We are excited to announce that the project is nominated for a 2018 Webby Award, the leading international award honoring excellence on the Internet.  Since the project was published, it was also a silver winner at the 2017 Epica Awards, a 2017 Red Dot Award winner in Communication Design, a 2017 Golden Drum finalist, a 2017 ADCE finalist, a 2017 ADCR 2017 gold and silver winner, and a 2016 Red Apple 2016 finalist.

“We are incredibly honored and humbled to be nominated for the 2018 Webby and won several other awards over the past year amongst other inspiring work on the Internet,” says Anatoly Topol, Special Projects Director, “For us, it is especially gratifying to receive such positive feedback from the community because our journey to create the Yandex Everest Project was a truly demanding challenge that represents our passion for creating innovative experiences for users - even those that can seem impossible at times.”

We welcome you to join the millions of users who have taken the virtual climb up Everest on our project page and to cast your vote for the Webby Awards until April 19th, 2018.