At the beginning of 2018, the start of the second year of our self-driving program, we graduated from closed-track testing to autonomous driving on the public roads of Moscow.  Since then, we have made significant progress operating on the public streets of Russia, the United States, and Israel.  Here’s a look at our progress in the last year since we made our public debut.

A year ago, in February 2018, we advanced our self-driving operation from closed test tracks to the public streets of Moscow.  The car successfully navigated the snow-covered roads of the city's Khamovniki district with a safety engineer in the driver's seat, managing pedestrians and traffic in fully autonomous mode.  As we continued operating the vehicles against public driving conditions in Moscow, the world’s second most congested city, we continued to fine-tune our software on features such as smoother stops and changing lanes on busier roads.

In the summer of 2018, we began testing our self-driving car for long-distance highway travel.   Most notably, during our testing, our vehicle completed a 780 kilometer (485 miles) trip on a federal highway from Moscow to Kazan.  Our self-driving car completed nearly the entire 11-hour ride (99%) in autonomous mode.  City traffic tests the car against more challenging conditions, but as we advance to the future of autonomous systems for public transportation and cargo shipping, long-distance travel will be an essential part of the future of self-driving.

In August, we launched Europe’s first autonomous ride-hailing service in the tech hub of Innopolis, Russia.  Within a few months, we expanded the service to the Skolkovo district of Moscow.  This landmark achievement marked our first step integrating self-driving cars into Yandex’s ride-hailing service and is the first service of its kind in Europe with no one behind the driver’s wheel and a safety engineer in just the passenger seat.  The program serves as a critical early step in the proliferation of self-driving technology, as we see the general public embrace the technology for their daily routines.  To date, we have provided over 2,300 robo-taxi passenger rides between the two service locations, and the service has continued operating throughout the winter months.

By the end of 2018, we started testing the scalability of our vehicles in new international driving environments.  In December 2018, the self-driving team spent two weeks retrofitting a car and two weeks mapping the public roads of Las Vegas in preparation for demos during CES 2019.   In addition to mapping the area, the team made small adjustments to the system to enable it to operate in a new setting - from setting the legal speed limits to adjusting for new dynamics such as yellow traffic lights that indicate yield in the US but an out-of-order light in Russia.  During the week of CES, we provided dozens of rides in our self-driving car with just a safety engineer in the front passenger seat. 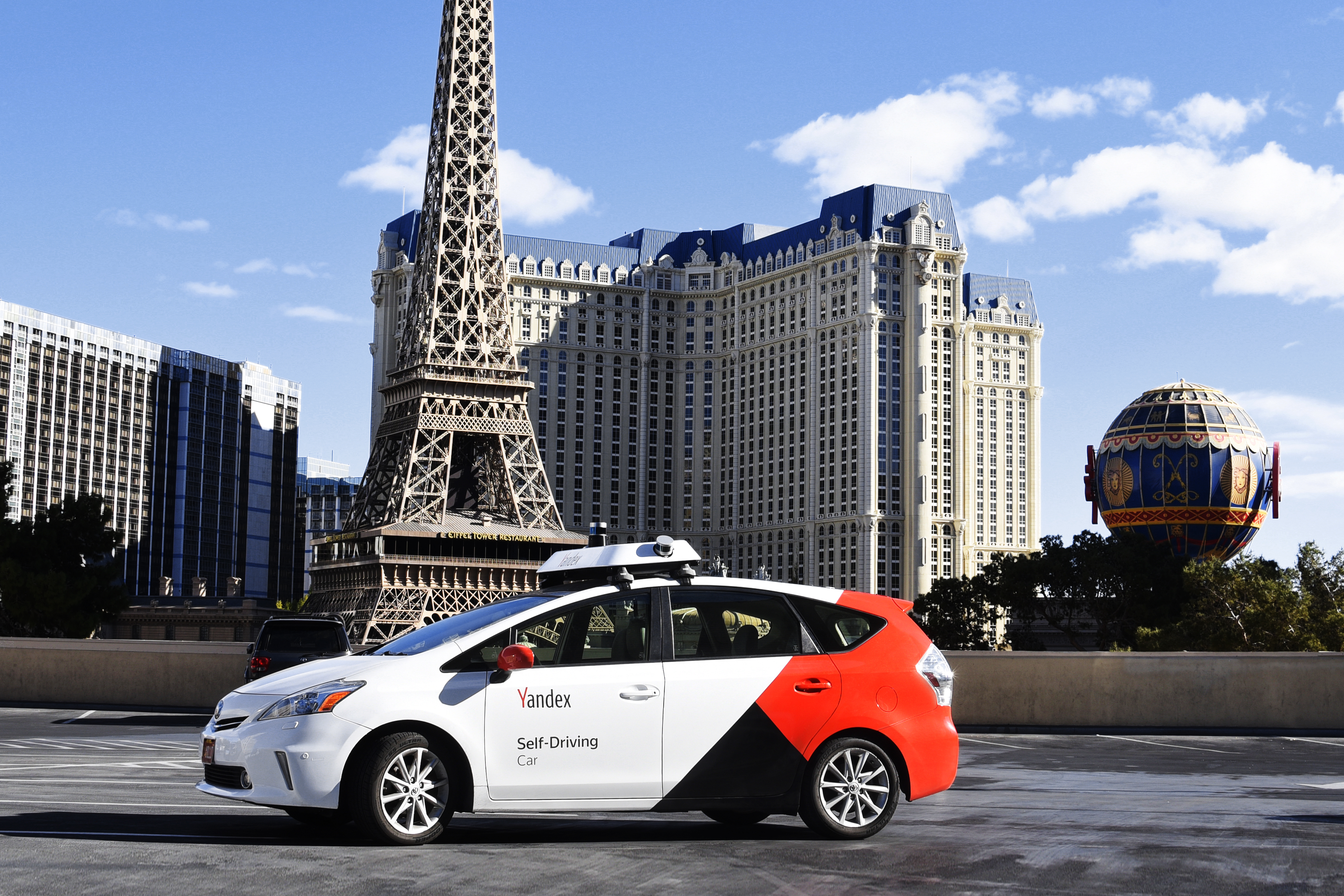 At the same time, we continued our expansion outside Russia to Tel Aviv, Israel, where the unique driving challenges there include narrow streets and heavy motorcycle and moped traffic.

Since first venturing out to the public streets of Moscow last February, our self-driving program has reached many significant milestones in a short time.  We are proud of the team who drove the program to new heights and thankful to the members of the public who have been participating in the journey as well.  We look forward to even more achievements in 2019, as we continue in our goal of making autonomous vehicles an everyday part of people's lives.

To learn more about our work and opportunities to join our self-driving team, read on here.