Spreading malicious content through email is a common weakness of email attacks because it allows organizations to deal with the threat by implementing strict filtering policies on incoming mail. This allows you to either block content or check it much more carefully. Malware creators often use mass-scale spam mailing lists, which include not only the main component (a backdoor program for stealing passwords or a keylogger — a keyboard spy) but also a Trojan downloader. Its only purpose is loading (usually through HTTP) and executing other content. Using a downloader gives several advantages to malware creators: 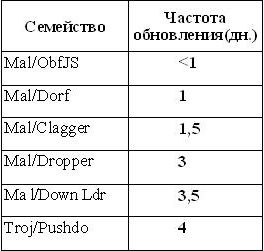 This mechanism describes one of the most common ways of using the Internet for spreading malware. In fact, here the Internet is used as a file storage from which the needed content can be loaded. The use of automation for frequent software updates, combined with multilayer download that involves several domains, often leads to creation of highly complex infecting mechanisms, where numerous malware components and URLs are used. For malware creators, such techniques create a highly flexible environment.

Over the past two years, companies working in the field of security have recorded a sharp increase in the number of Trojan downloaders [17]. There are many such Trojan families. One of the most famous among them is Clagger [18]. This family has been modified many times to avoid being detected by antivirus software. Since February 2007, almost 80 unique variations have been detected (for example, Mal/Clagger). This downloader is usually distributed through email spam, which is seen from the time distribution of received samples (fig. 2), where bursts of activity coincide with waves of attacks. A large proportion of Clagger downloaders has been distributed to download and install malware from another infamous family, Cimuz, used for collecting Internet banking credentials [19]. 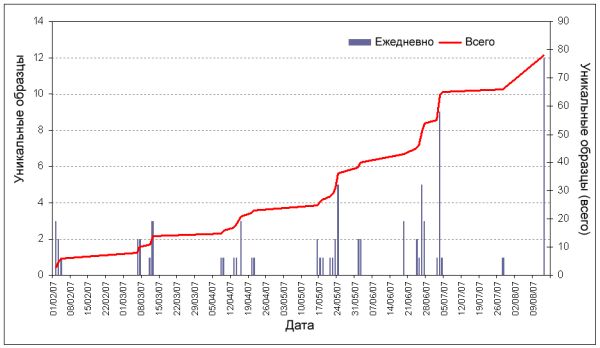 In 2007, there was a growth of spam emails containing just a link instead of attachments. To make the recipient click on the link, social engineering tools were used. Usually such page contains malicious script that loads and runs malware when the user visits the page.

The recent growth in eCard [20, 21, 22] spam emails is a perfect example of this type of attacks. If the user clicks a link in an email message, they go to the page similar to the one shown in Figure 3.

Fig. 3. The page displayed when the user clicks the link in the spam Mal/Dorf message.

The page contains malicious script (detected as Troj/JSXor-Gen [23]) which tries to use a number of browser vulnerabilities (see Figure 4) for downloading and running malicious Dorf [24] components. A compromised computer can be used for further spamming and hosting malicious pages (the messages sent from such computer will contain a link to it). In other Internet attacks, similar JSXor-Gen scripts are used. They are loaded when the user visits a compromised site (see section 3.1). All this serves as another proof that the Internet is a very flexible tool of attack. 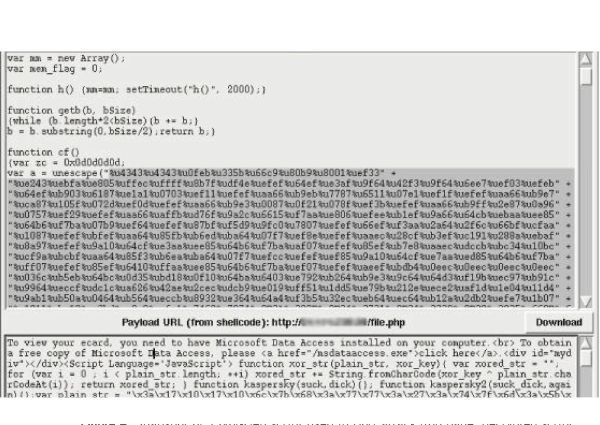 Was the article useful?
Please specify why
Thank you for your feedback!
Please tell us what you didn't like about this article:
Previous
The role of the internet in the modern malware
Next
Perfect bait
You can also go to