Walking (field) surveys are completed in the Toloka mobile apps for Android and iOS. A performer chooses a point on the map where they need to go to check something and take photos.

You may need additional projects for your task, such as dataset pre-check or checking performers' responses. Learn more about this in Designing the solution architecture.

The “Secret shopper” template is suitable for various checks, such as:

Let's say you need to check the work of employees in one of your restaurants.

To do this, create the following task: the performer will need to come to the point, buy the product, fill out the questionnaire after the purchase. 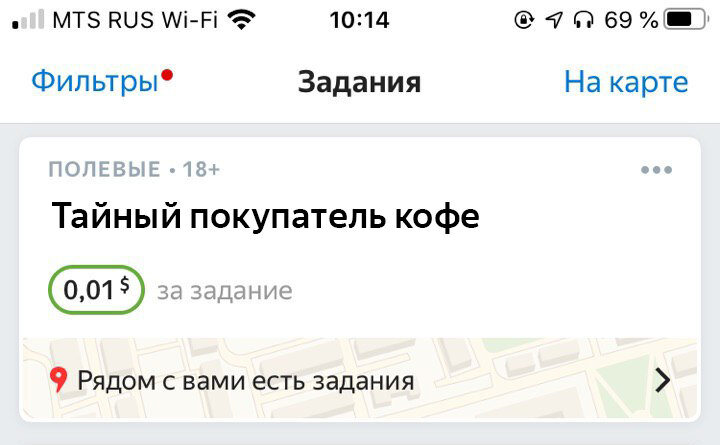 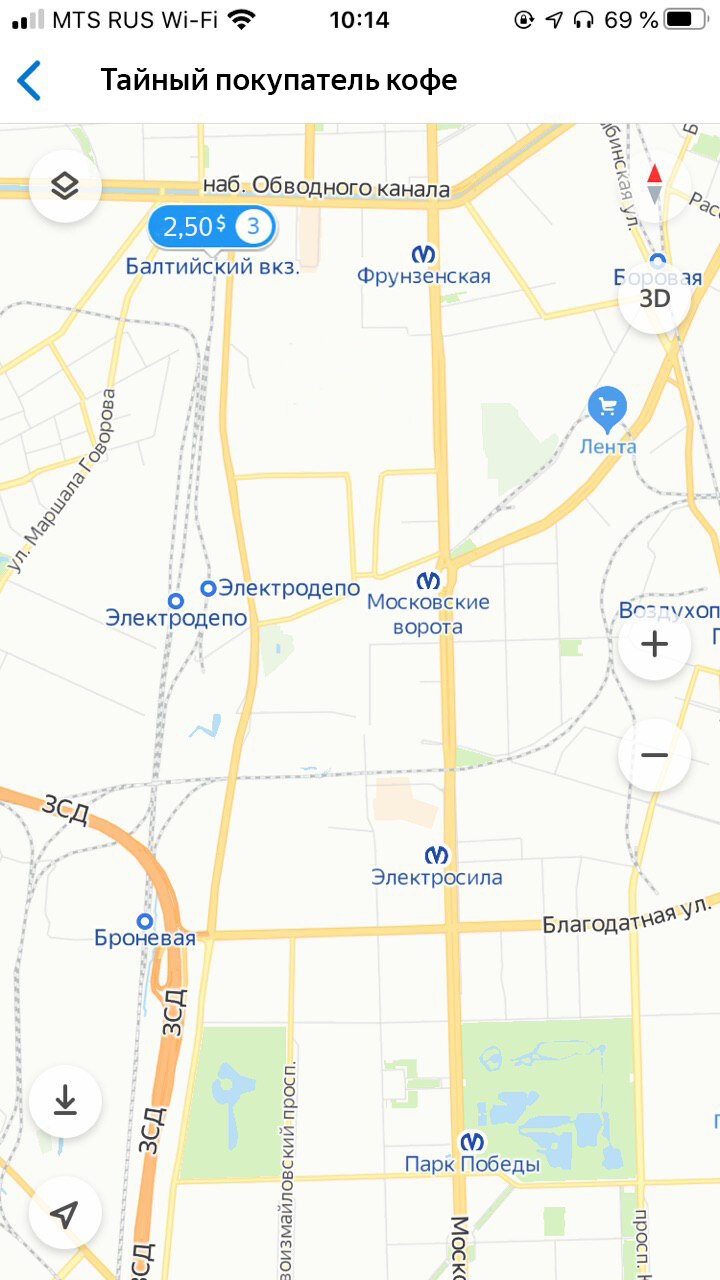 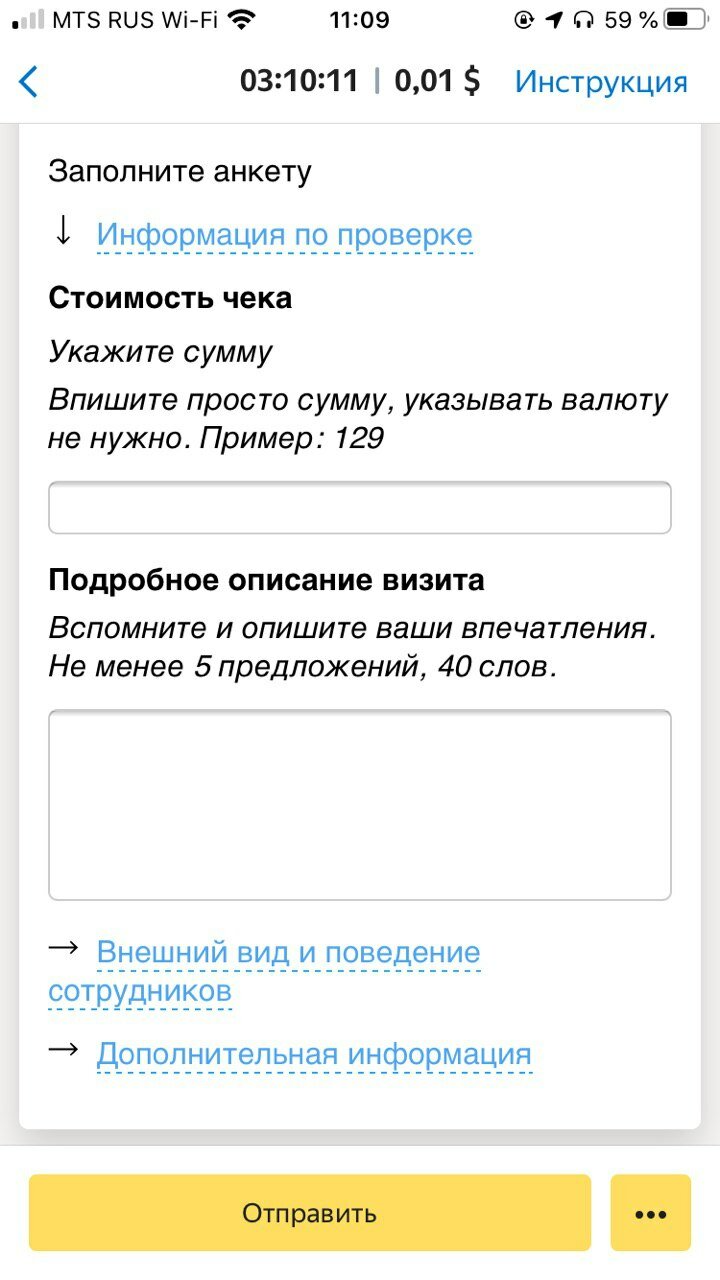 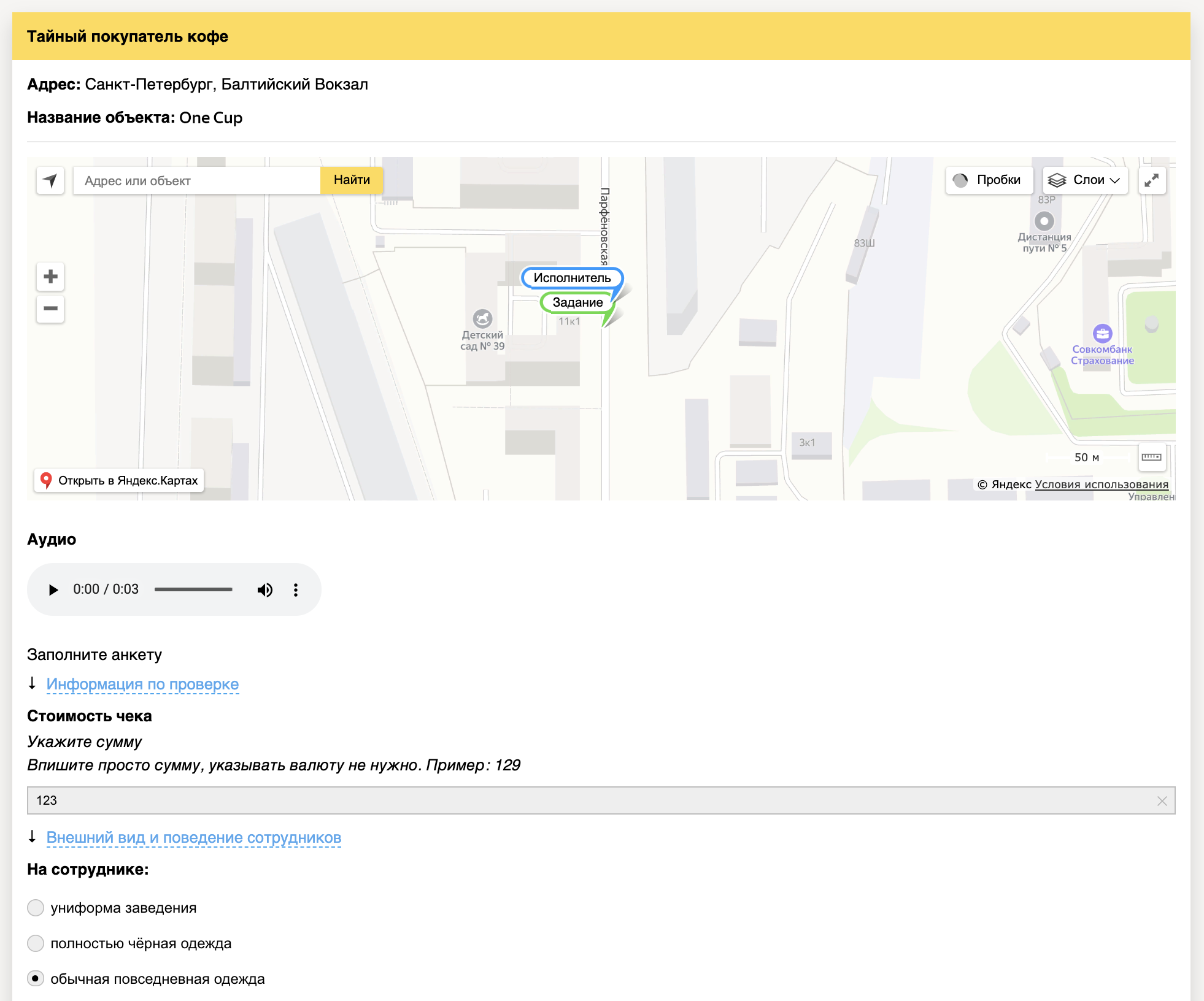 Was the article useful?
Please specify why
Thank you for your feedback!
Please tell us what you didn't like about this article:
You can also go to