Majority vote is a quality control method based on matching responses from the majority of performers who complete the same task. For example, if a task has an overlap of “5” and three performers selected the same answer, this is considered indirect confirmation of the correct response. Based on the percentage of correct responses, you can change the value of the performer's skill or block their access to tasks.

The rule is activated when the task overlap is complete.

Let's say we set up this rule in a pool with overlap=5. 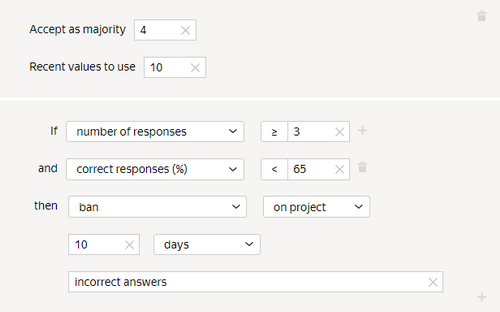 The number of tasks per page doesn't affect how the rule works. Responses are evaluated separately for each task. Only the speed of collecting results can be affected, because the more tasks you put on each page, the longer it takes to do them.

Don't use too many response options or too many questions in the task.

The more options you have, the lower the probability that majority vote will be calculated correctly.

The requester has five tasks, each completed by five performers. Each task has one output field with three response options. Overlap = 3. In this case, tasks 1, 3, and 5 match the threshold, but the other tasks are not included in the majority vote calculation.

The performers will be assigned the following skills based on majority vote:

Let's say the task performer has to select at least three matching categories out of twenty or report that the image is not displayed. Since there can be multiple combinations of categories, the rule calculation will mostly include tasks where all the performers responded Not displayed. Those might be either correct or “fraudulent” responses from performers who just clicked through the tasks in a hurry. In any case, it would be unreliable to base the skill on these responses.

Try using decomposition or control tasks. This way you can better assess the quality of your performers.

Don't set the threshold "Accept as majority" below 50% of the overlap or equal to the overlap.

If the response threshold is equal to the overlap, the rule will only use the tasks where all the performers gave the same responses, ignoring tasks with mismatching votes.

Example
Let's say the pool has overlap=5 and Accept as majority=2. The performers completed the task.

In this case, performers 1, 2, 3, and 4 responded correctly, but performer 5 failed. However, you don't have any way to know which response is correct.

Don't use the majority vote if:

Attention. In this rule, all fields are required except Recent values to use. If you don't fill in at least one of them, you won't be able to save the rule.

Examples are provided for simple classification. There are 10 tasks per page.

Calculating a skill and banning for incorrect responses 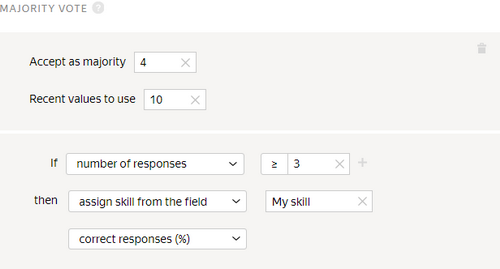 The calculation uses up to 10 performer&apos;s responses to the project tasks. 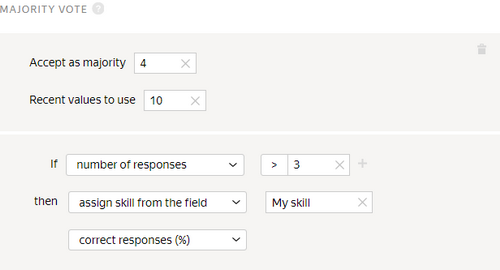 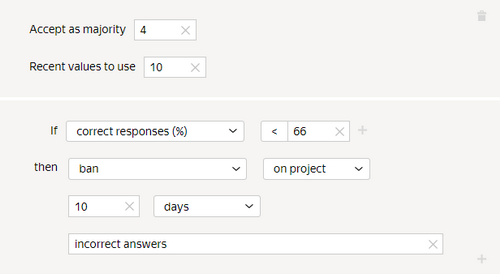 The performer is blocked after the first incorrect response to the first, second or third task. The skill is not assigned. Since the ban reason is not specified, there is no way to find out why the performer is banned. 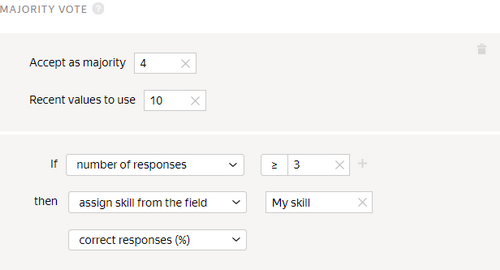 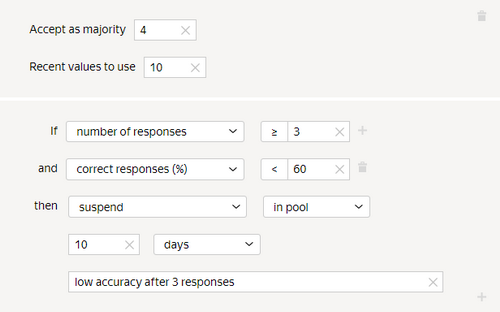 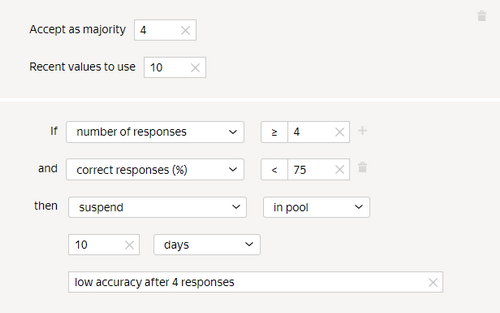 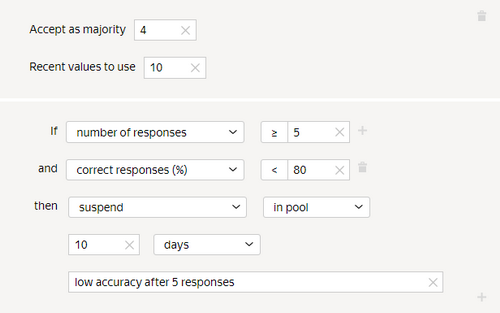 All rules are applied independently:

A set of rules like this prevents performers from being banned for one incorrect response and lets you maintain high accuracy. 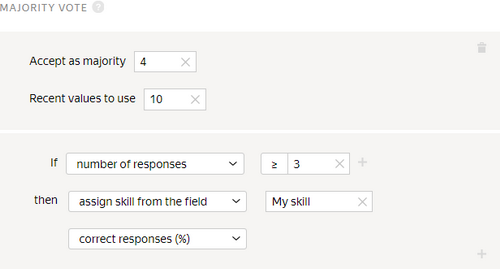 If the performer completes 3 tasks, the skill is set to the percentage of correct answers.

Use the skill value to set access to other pools with filters. 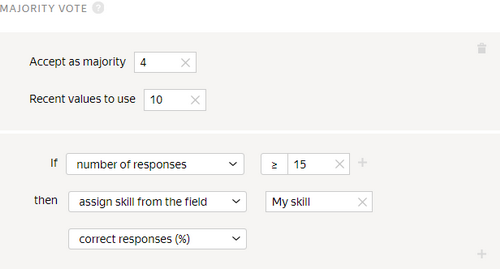 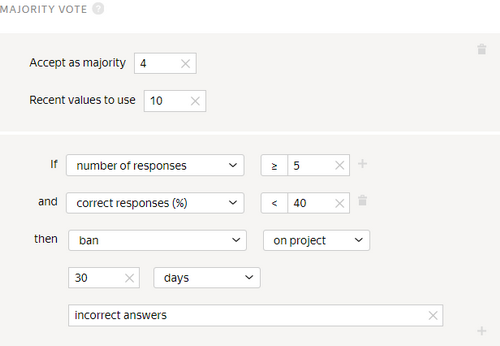 If the percentage of correct responses is less than 40%, the performer is blocked on the project for 30 days. 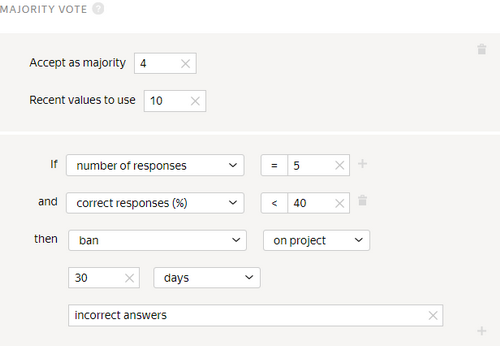 If the percentage of correct responses is less than 40%, the performer is blocked on the project for 30 days. The rule will be applied once, after the fifth response.

Should I create a skill for every pool?

It is better to use one skill in a project. You can choose the way to calculate the skill:

Can I use a skill beyond a particular pool or project and apply it to other projects as well?

Yes, of course — you can use the same skill for different projects. But most often, a skill is intended for a specific project. If the performer completes a certain task well, this doesn't mean that they will complete other ones successfully. Another disadvantage is that if you filter by skills that were set long ago, you will artificially limit the number of available performers.

Was the article useful?
Please specify why
Thank you for your feedback!
Please tell us what you didn't like about this article:
Previous
Control tasks
Next
Fast responses
You can also go to