When you create a terrain item, the category selection menu opens: 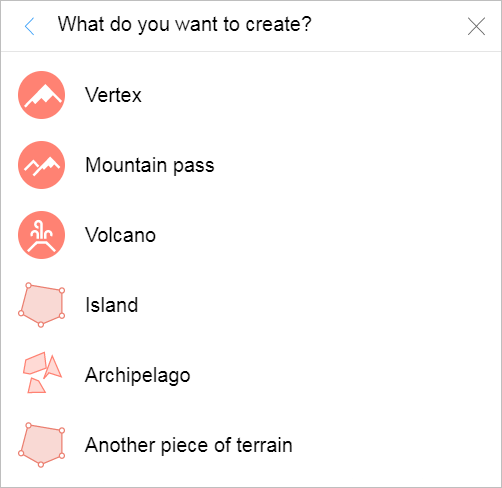 When you choose a category, the attribute panel for the map item opens:

If the item you selected is represented by a placemark (i.e. a vertex, mountain pass, or volcano) the attribute panel for the section of line will look like this:

If the item you selected is represented by a polygon (i.e. an island, archipelago, or other such item) the attribute panel for the section of line will look like this: 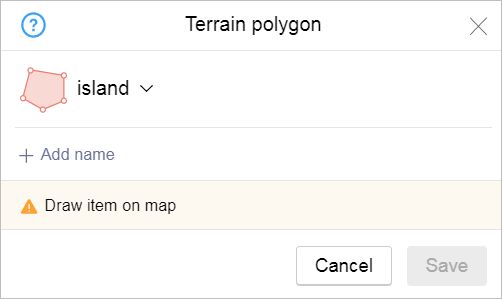 Rules for adding attributes to these items:

Terrain relief items are named in accordance with the rules outlined in section 3.11.2.2 and with the general rules (see 3.1.3. Map item naming rules).

Was the article useful?
Please specify why
Thank you for your feedback!
Please tell us what you didn't like about this article:
Previous
3.11.1. Drawing terrain items
Next
3.12. Transport: Railways
You can also go to