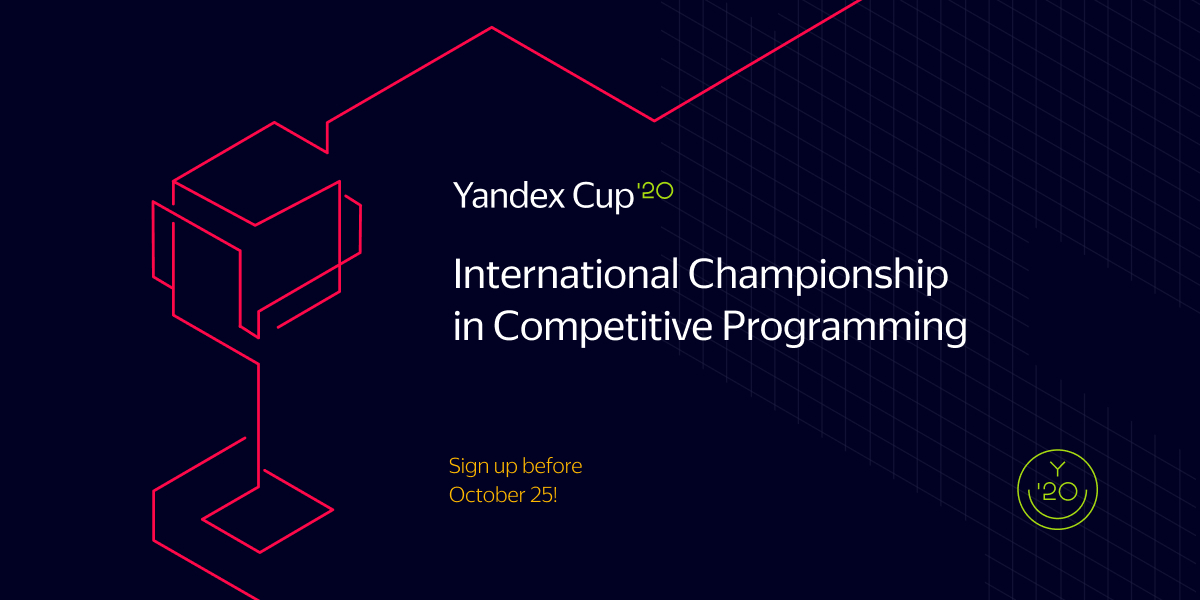 This year’s event is aimed at professional and advanced programmers over the age of 18 living in Russia or a CIS country. These eligible participants will be competing for prizes totaling 3.3 million rubles ($45,000). The competition’s Algorithm track is open to international participants over 18 years old.

The tasks for Yandex Cup are unconventional, as they always are. They have been created by leading Yandex experts who develop core services such as search, self-driving vehicles, and ecommerce systems. Yandex’s programming competition is designed to challenge even the most advanced programmers, however, some of the tasks will be designed to allow beginners to also participate.

The trial round, which will give participants a chance to familiarize themselves with the competition and its rating system, will start on September 21st and will last until October 18th. The main competition will begin with qualification rounds on October 19th and will last until October 25th, with finals scheduled for November 7th. Contestants can choose to participate in multiple tracks in the trial and qualification rounds, but the finals will be limited to participating in only one track. An online awards ceremony will take place on November 21st.

Yandex Cup was launched two years ago as an annual international programming competition. It had 9,129 participants in its first year and 12,500 in its second. Yandex has a strong tradition supporting competitive programming, including starting Yandex.Algorithm in 2011, as well as software development contests Yandex.Blitz and Yandex Programming Championship, all of which are now part of Yandex Cup.

Join Yandex Cup 2020 to win cash prizes and find your place among some of the best programmers on this planet!